Over a thousand people filled the screening rooms of the 4th annual Native Spirit Festival, a festivity of strength and solidarity, giving a voice to indigenous communities.

From 12th to 22nd of October 2010 the Native Spirit Festival celebrated its fourth year in London. Over a thousand people attended the two-week Festival, to watch more than 40 films from around the world. Albert Pellicer – director of Native Spirit Foundation – introduced the festival giving thanks to “all the volunteers for their effort, and to all the artists who have come here giving their films, their poems, their music, some of them coming from far away, from New York, Alaska, Holland, South America, having paid their own tickets to be here, making this festival a festivity of strength rather than the expression of a commercial festival”.

“Thank you for this wonderful festival. I’ve been amazed by the wealth of information at this event. The diversity of films… they all are really amazing!” said Stephanie- a festival attendant

Indigenous peoples tell us their own version of history

Native Spirit was born as a film and video festival, as a platform to promote the voices of Indigenous peoples. “For over 500 years it hasn’t been us who have spoken about ourselves. So now from our point of view we tell our history, our cosmology; indigenous film and video presents a different perspective one removed from consumerism and the parameters of Hollywood cinema” says Freddy Treuquil, indigenous Mapuche and founder of Native Spirit Festival. Through documentary film, indigenous people are portraying their reality. “It is like an underground cinema, a cinema that denounces but also one that proposes something and there has been no platform anywhere for it, so we create this space to promote indigenous cine and video” adds Treuquil.

An opening ceremony of spiritual strength and beauty 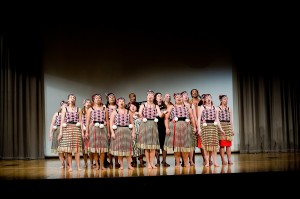 The festival began with a magical performance of dance and songs from the London based Maori club, Ngati Ranana. With their spiritual strength and unity, they set the energy and pace that accompanied the entire festival.

The opening film “Reel Injun” resumed the philosophy of Native Spirit Festival in one go. Quoting journalist Derek Adams from Time Out Magazine “This smart and challenging doc on Hollywood’s depictions of Native American cultures plays in the Native Spirit Festival, a terrific annual roundup of films on tribal life across the globe. A film that deserves a far wider audience.”

From start to finish, screenings where jam-packed with an enthusiast audience – Some screenings saw the capacity of the room to the limit. Nevertheless people where happy to sit on the floor or stand in any available space to watch the films.

The audience was made up of people of all ages and ethnicities. A large proportion of the audience were university students and young adults. One audience member said: “The indigenous message is now being more and more understood. People are fed up with the complications of what they call modern societies and they are in a search.”

In January 2010 the SOAS Student Union Assembly voted to support the work of the Native Spirit Foundation. The Union resolved, amongst other things, to provide a platform for the monthly screening event “13 Moons” as well as become a venue for the annual festival. Since then this relationship has been growing strong and, as both Native Spirit organisers and SOAS SU concluded, this partnership has been a very positive one.

22 feature length films and documentaries and 23 short films and animations made up the 2010 program, covering various topics such as gender, environment, water, human rights, identity, recovery of lost traditions, indigenous Europe, women, history and prophecies. Many of the films where made by the communities themselves and a number of shorts where sent in from projects working with young indigenous people.

Films arrived from indigenous peoples of the four corners of the earth from the Yup’ik  (Alaska) to the Mapuche (Chile) through to the Tikuna (Colombia), Maya and Wichol (Mexico); from the Nomads of Mongolia and Kazakhstan, the Maoris (New Zealand) to the Atayal (Taiwan) and the indigenous of Iran, the Swahili and Samburu (Kenya) and the Sami (Sweden) and the Indigenous of Old Europe. 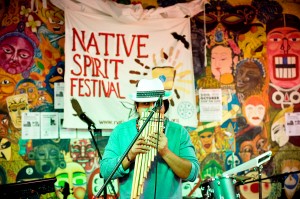 The London based Andean band Kausary came to the rescue when we received a last minute cancellation. With humbleness and solidarity they played an energetic set that got everyone on their feet dancing. They delighted the SOAS student audience with a mix of Andean native rhythms mixed with contemporary Latin sounds.

At Amnesty International, Catalan Poet – and Native Spirit director – Albert Pellicer introduced an evening of poetry with a reading dedicated to the immigrants who come from Africa to Spain through across the Gibraltar channel. He was accompanied by a balafon player Bex Burch and Martina Schwartz on the accordion. The balafon played in the concert was one which was used at the funeral of an migrant who brought it with him in a little boat from Africa. Readings came from three other renouned poets including the charismatic and “lunatic” poet Stephen Watts, from William Rowe – director of the Contemporary Poetics Research Centre at Birbeck University. To close the evening the marvellous artist and poet Cecilia Vicuña filled the room with beauty and spirit with her powerful piece about Mapuche culture and the colour red.

Eight films where accompanied by Q&A with directors, some of them travelling from as far as Alaska and Mexico to give the talks. 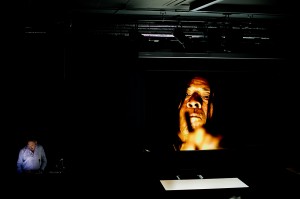 For the closing evening at SOAS more than two hundred people crowded the auditorium where the British director Alan Ereira presented a trailer of his new film “Aluna”, about the Kogi of Sierra Nevada de Santa Marta.

Film director Wiek Lenssen – who came over from Holland – answered questions after his film The Year Zero – a documentary about the prophesies of the Mayan calendar for 2012 – screened on the closing night.

But the festival wasn’t over just yet. A group of Indigenous elders were about to arrive to in UK, bringing a message of hope to Europe, through conferences and workshops in Spain and in the UK.

On behalf of the Native Spirit Team our gratitude goes out to everyone who voluntarily contributed with their work, time and energy to make this Festival possible. Together we are rediscovering values that connect us all and which the festival proves are alive and growing.

Following on from last year’s lunar monthly screenings, we will be continuing with the 13 Moons film screenings at SOAS University every full moon. These will be open to the public and offer the opportunity to once again watch some of the great films from the festival. These events will begin the fundraising needed for the 2011 Native Spirit Festival later on in the year in October – watch this space…

For more information about the screenings about Native Spirit Festival 2010 and what the press said, visit the following links:

You can find Reviews of the Festival in this links:

You can find Previews of the Festival in this links: