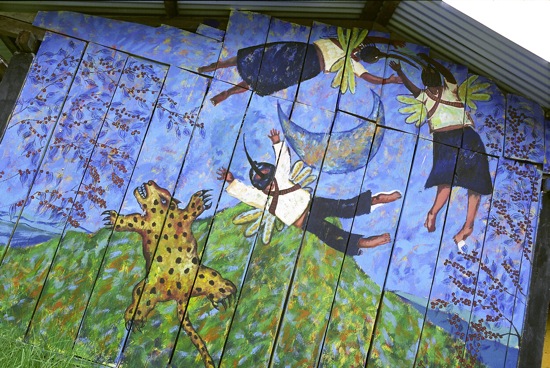 In the context of the prophesy of the meeting of the Condor of the south and the Eagle of the north, a group of indigenous elders arrived in Europe last October 2010, sharing their message that it is time to re-connect with Mother Earth in order to overcome a global environmental disaster. A Native Spirit Production / 31mins / UK

ZAPATISTA AUTONOMY: Other World is Possible

What is the Zapatista autonomous project, how is it working, which are its contributions, achievements and challenges… these are some of the questions answered in this documentary told by the Zapatistas themselves. Producer: AMV / 70mins / Maya People / Mexico