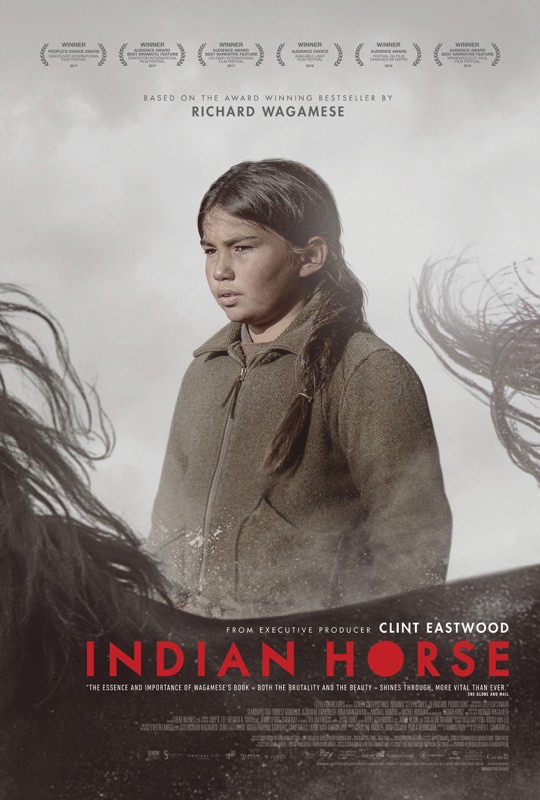 An adaptation of Ojibway writer Richard Wagamese’s award-winning novel, this moving and important drama sheds light on the dark history of Canada’s boarding schools or Indigenous Residential Schools and the indomitable spirit of aboriginal people. In the late 1950’s Ontario, eight-year-old Saul Indian Horse is torn from his Ojibway family and committed to one of the notorious Catholic Residential Schools. In this oppressive environment, Saul is denied the freedom to speak his language or embrace his Indigenous heritage while he witnesses horrendous abuse at the hands of the very people entrusted with his care. Despite this, Saul finds salvation in the unlikeliest of places and favourite winter pastime — hockey. http://www.indianhorse.ca