Dir. Subhashish Panigrahi | 2019 | English, Spanish, India, Sri Lanka | 1′
The real story of a young Colombian man orphaned at an early age. While he was away from home studying in a city, he found out about a a box of cassette tapes containing his late father’s interview which were recorded by a researcher in Europe. The tapes contained folk songs and stories from the father’s childhood. The young man thought it would be interesting to digitize the tapes and share them online, and he did that. Soon after his siblings saw the recordings online and they did not like the recordings going online. The question—who owns the content—is complicated. The narrator leaves the audience to wonder who it could be—the researcher who recorded them in the first place, the late father, the children, or the community themselves whose songs and stories are recorded. 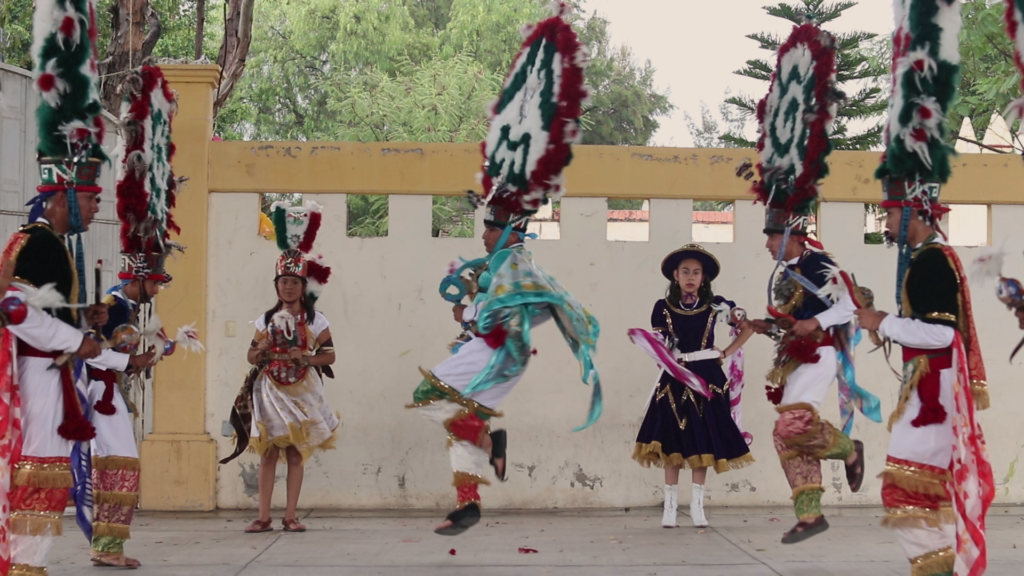 11:10AM – UMONHON IYE / THE OMAHA SPEAKING
Dir. Brigitte Timmerman | 2018 | Omaha, United States | 67’
“Our Language is Sacred, no one can take it from us.”–Omaha Elder. Only a handful of Native American fluent speakers remain of the Omaha Tribe. Fluent speaking elders reflect on growing up speaking their native language, the efforts that was taken from the government to phase it out and why it is so important to preserve it. Hopefulness is expressed by the elders and a dedicated group of educators attempts to keep their language alive.

12:20AM – VOICES OF OUR ANCESTORS
Joe Yates | 2018 | Yup’ik & Haida, United States | 13’
Yup’ik, Inupiat, Tlingit, Alutiiq, Koyukon, Aleut, Tsimshian, Gwich’in, Haida… Alaska is home to more than 20 Native languages. From the fjords in the Southeast to the northern tundra where it meets the Arctic Ocean, Alaskan languages have been spoken and sung for tens of thousands of years. See first-hand how important your Native language is and the effect on the way you live – a bi-cultural marriage begins to teach their daughter the heartbeat of their culture by revitalizing their language.

GIK:SKWOD: HOW I LOST MY INDIAN NAME
Dir. Terry Jones | 2019 | Haudenosaune, USA | 3’
In this experimental Short, the filmmaker shares how he lost his Indian name.

EVEN IN THE SILENCE / TSI TEYOTO:TE
Dir. Jonathan Elliott | 2019 | Mohawk, Canada | 4’
A visual poem told entirely in Kanien’keha (Mohawk language) that examines the impacts of underage drinking in Indigenous communities and the struggle to overcome grief and past traumas through culture and traditional practices.

BIMAADIZIWIN (THE LANGUAGE) (WAPIKONI MOBILE)
Mary-Agnes Shawana | 2018 | Anishnabe, Canada | 4’
Filmed during the Sheguiandah Annual Jiingtamok, this film explores what the Anishinaabemowin language means to its speakers, and why it is so important to promote and preserve it, as it is an integral part of Wiikwemkoong’s culture, history, and identity.

LEARNING DENE AND THE TALE OF THE RAVEN (WAPIKONI MOBILE)
The Wapikoni team | 2017 | Innu, Canada | 5’
Learning Dene can be quite difficult, but thankfully the children can rely on their elders for storytelling in their native language.