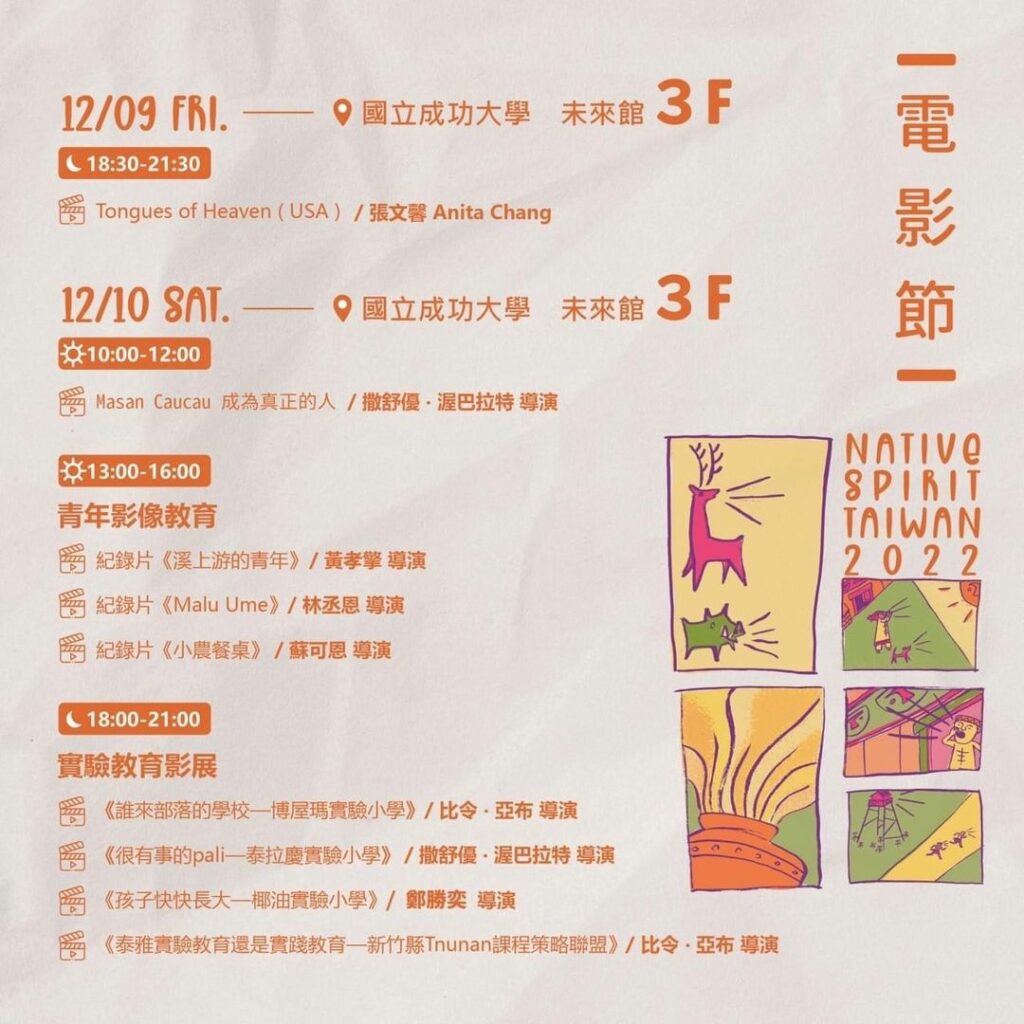 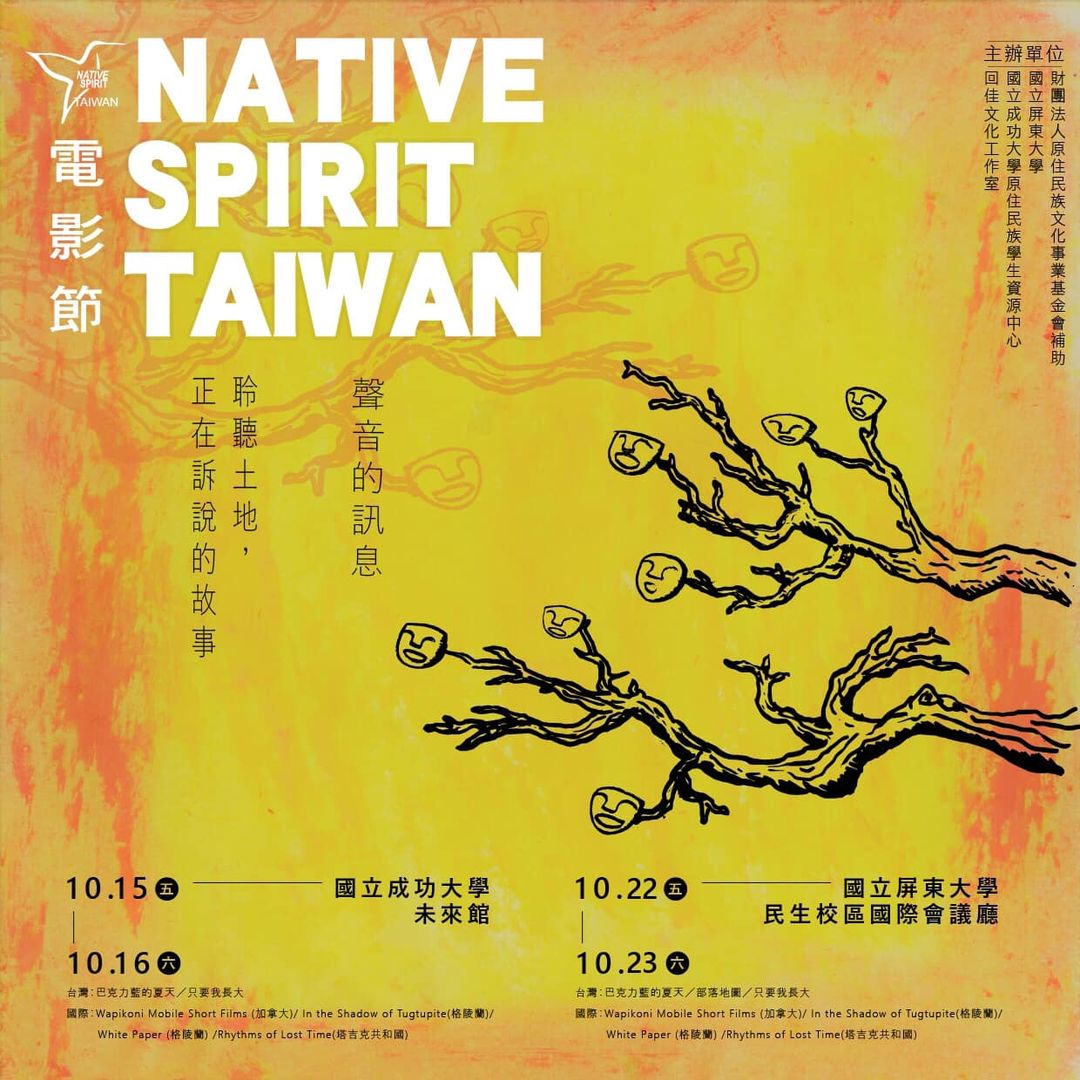 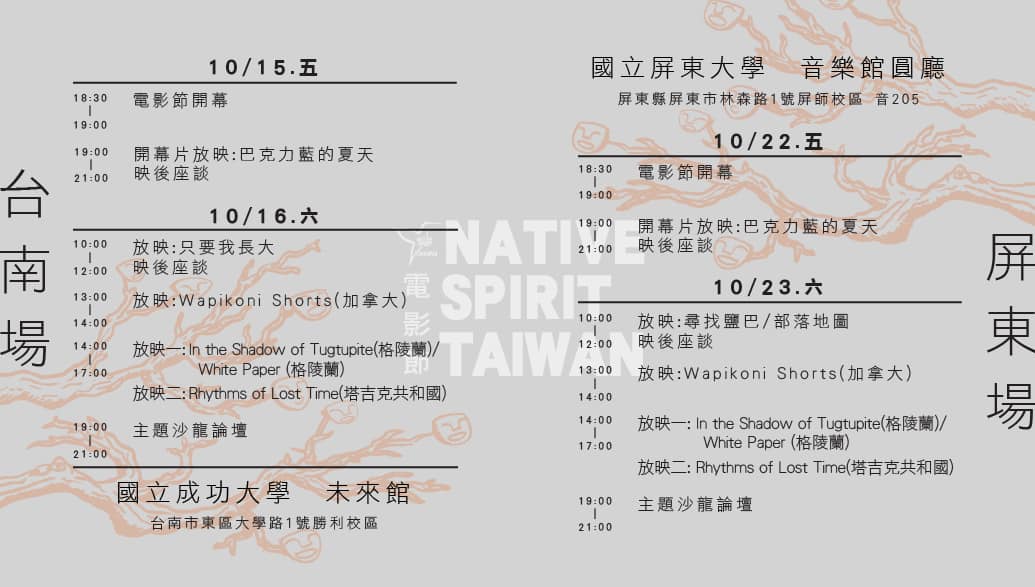 The programme features local and International Indigenous Filmmakers, Features and Shorts (Chinese subtitles arranged by NSTF); art exhibitions, food, music and dance. NSTF organisers are a collective of Native artists, filmmakers and educators.
Native Spirit Taiwan Film Festival [auto-translated from original Chinese]
The British Native Spirit Foundation launched the Native Spirit Film Festival to develop the media of audio-visual and visual works such as Aboriginal art, media, in the hope that even under the contemporary framework, it will still be able to gradually restore and promote Narrative Sovereignty to tell your own story.
​
Native Spirit Taiwan’s curator – Pai Wan Dremedreman Curimudjuq (Xu Min) and Northern Irish Daniel Christopher Moore collaborated with the Native Spirit Film Festival for the first time in the Native Spirit Taiwan Film Festival.
​
Under the first experimental interaction, the first attempt was to establish an arts and literature platform belonging to the indigenous peoples of Taiwan by holding film screenings at tertiary institutions and the original tribes.
​
After two years of communication and adjustment, more Aboriginal image creators.
​
The theme of Native Spirit Taiwan Film Festival “The message of the voice will be screened at the National Success University and the National Pingtung University, in addition to the wonderful works of the creators of the Native Spirit of Taiwan; expectant, and also from Native Spirit Film Festival recommended international native image creation: United Kingdom, Canada, Greenland, Tajikistan.”
​
In addition to this, NST specifically planned the video creators and the audience for a post-screening forum salon, so that the talkers are not just speakers, they become the character of the piercing line, leading you in the common space and I stir up the conversations and ideas after the screening, looking forward to this. Thinking can get into everyone’s routine.
​
Aboriginal people are oral people, language and poetry are deeply rooted in the literary and artistic creation of various ethnic groups, traditional tone, melody, rhythm…… What message is conveyed? What kind of ethnic appearance does the people’s voices, the mechanical sounds of the apparatus, the sound of nature heard, and such voices?
​
The Native Spirit Taiwan Film Festival, invites you to listen and see the stories that nurture culture, language, life habits, skills and knowledge.
​
#NativeSpiritTaiwan​
#聲音的訊息 #聆聽土地正在訴說的故事 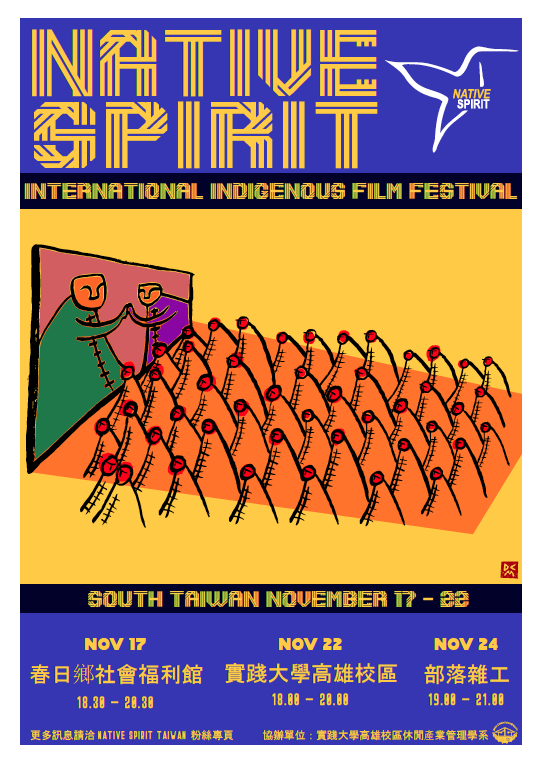 Native Spirit Taiwan 2018 is honored to be the first International Indigenous film festival for south Taiwan, holding workshops, film screenings and talks with Indigenous filmmakers and artists in mid-November. Working in collaboration with the UK’s premiere and only Independent annual festival to showcases Indigenous Cinema, Native Spirit UK. This inaugural festival will hold several events in Kaohsiung and Pingtung from November 17-24.

Founded in 2007, Native Spirit Foundation has promoted Indigenous film and culture annually across the UK and in Spain. With the same goal in mind, Native Spirit Taiwan will engage with young Indigenous people and students.

By introducing powerful films from both seminal and emergent international Indigenous artists, the hope of the founders of Native Spirit Taiwan is to give Indigenous youth a festival of their own to share their cultures and communities with each other. 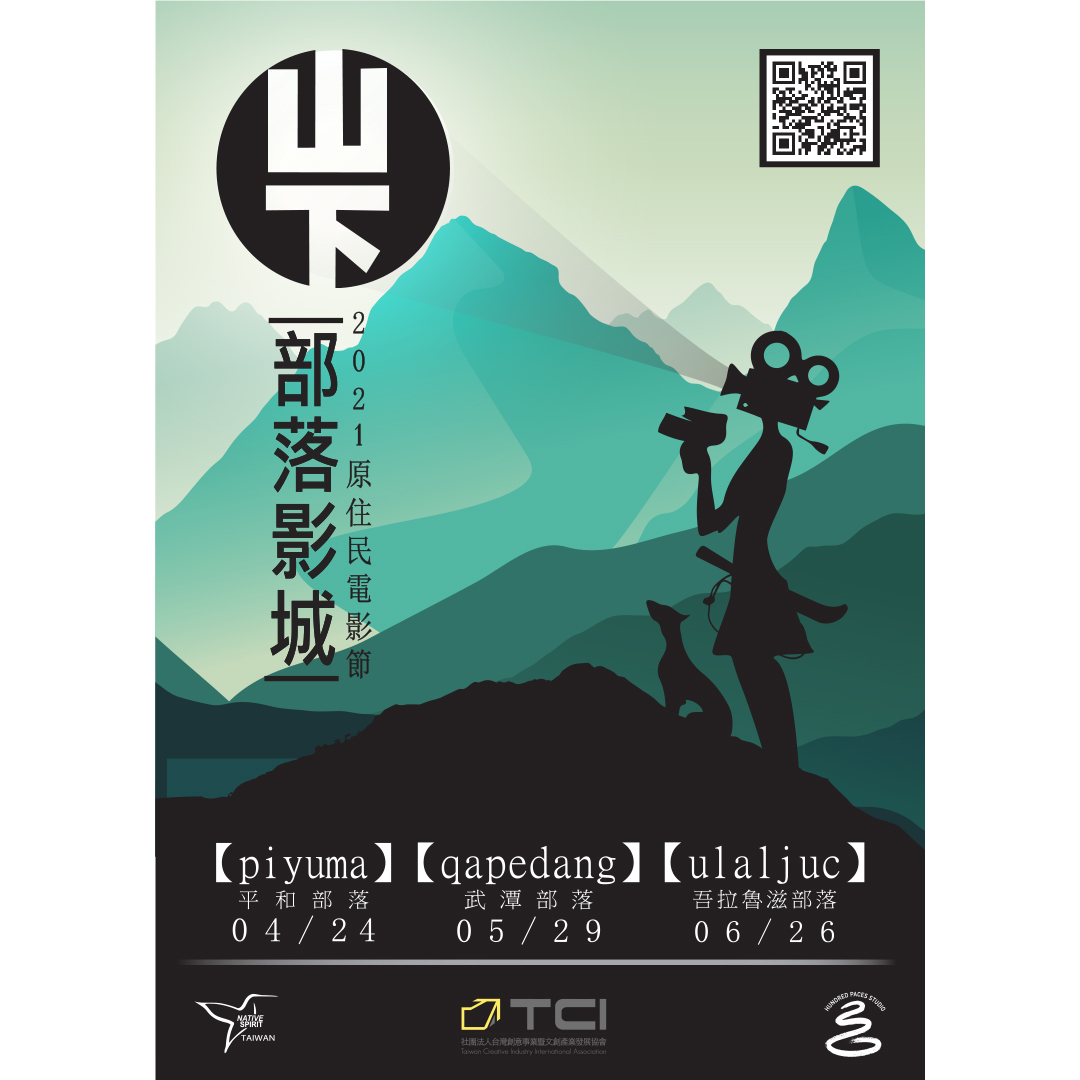 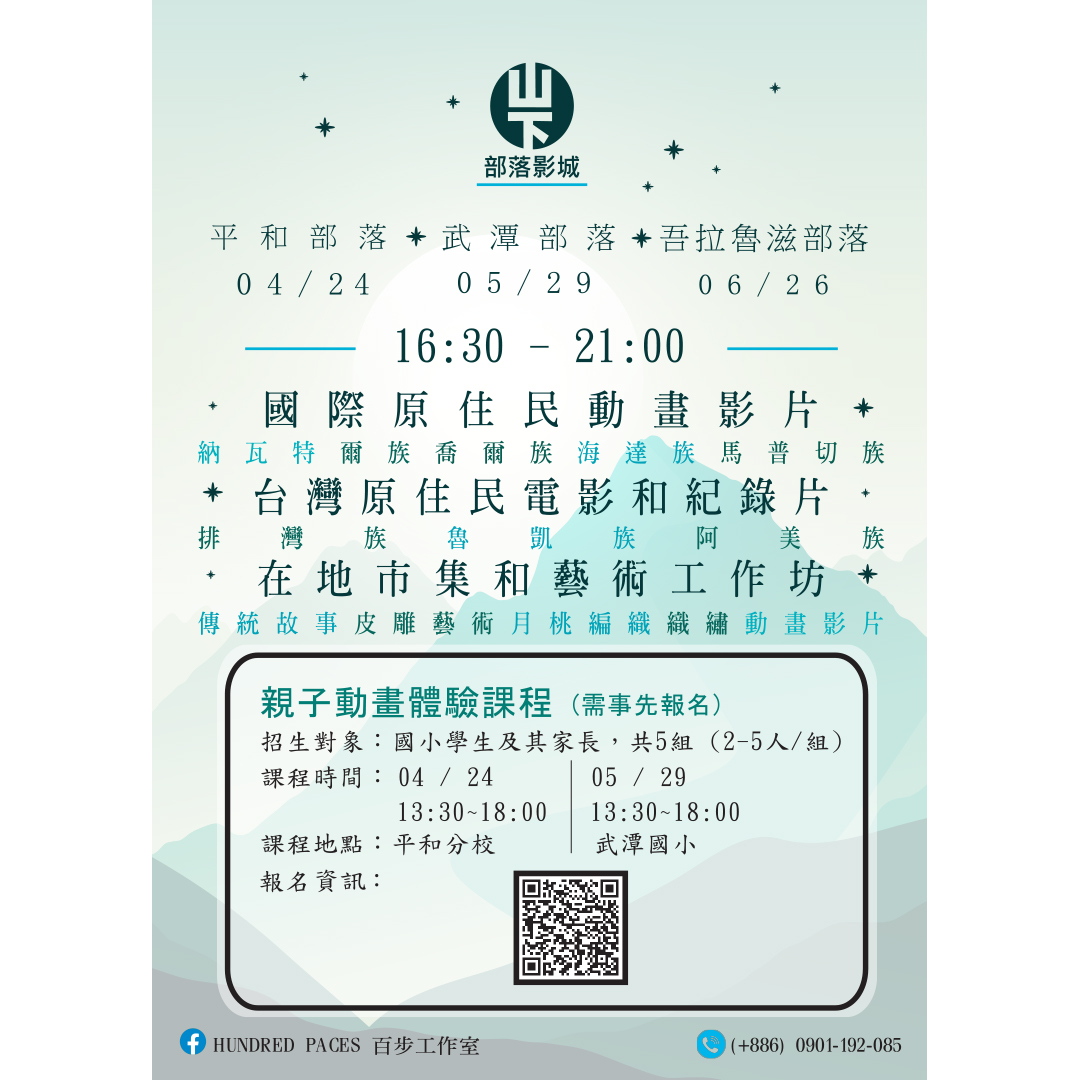