Three films from Ecuador, Peru and Bolivia about celebration of traditions within contemporary Indigenous culture, next generations, identity and the importance of holding on to your Mother tongue.

Dir. Joshi Espinosa | 2018 | Ecuador | 70’
A young aboriginal couple faces an unexpected pregnancy that will make them question their identity and the world in which they will raise their child.

Dir. Ingrid Pumayalla | 2018 | Quechua, Peru | 13’
Matilde Umeres returns to Pantipata, her native land after twenty-two years. She left at the age of nine on a two-day bus journey to Lima, capital of Peru, arriving without speaking any Spanish only her native Quechua, language of the native Indigenous people of the Andes. She will not forget this language and after some years it allows her to find her family after hearing the news of her mother’s funeral. 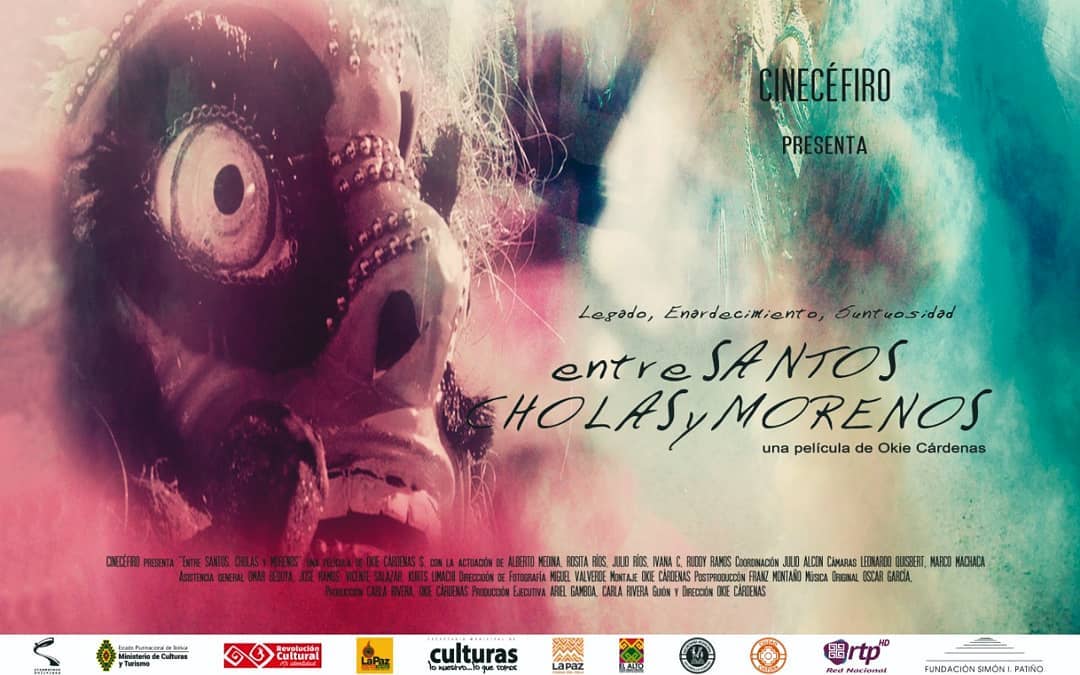 Dir. Okie Cárdenas | 2019 | Aymara, Bolivia | 73’Docu-fiction showing the background of religious patron festivities, the process of preparation, economic investment and the human stories behind them. Filmed over four years in provinces such as Carabuco, Colquepata, Guaqui, Sica Sica, the city of El Alto and La Paz, during an arduous process of investigation and image registration. Divided into three parts: first, the story of Julio, a character who works hard to be able to dance Morenada (a fokloric dance) every weekend; second, the documentary record of activities carried out by fraternities before arriving at the party; and third a fiction story that represents the director’s vision of being there.
Followed by talk with Aymara Speaker, musician and artist, Jeanette Rochas of Phaxi Coca